My interest in Glen of Imaal Terriers arose from my search for a working farm dog that would control rodents, help with our livestock, protect the grounds from strays, and be good with our then-preschool children. We have been very happy with our Glens. Since 1989 I have experienced many aspects of the Glen, including showing, grooming, obedience and working, as well as breeding.

My dedication to the breed has included helping establish the original and largest breed club in the U.S., The Glen of Imaal Terrier Club of America (GITCA). I have been a member of the Board of Directors and a former Registrar. My breed research has included trips to Ireland, England, Denmark and France. I am a member of the GITCA Health Committee and PRA Task Team, and am involved the PRA research effort for Glens being conducted at Cornell University and the University of Pennsylvania.

I am also one of several organizers of an informal group of Glen enthusiasts in the New England area.  Every fall we hold a the Glen Gathering in central Massachusetts.  It is a great opportunity to see lots of Glens and meet their owners.  If you live too far away, you can share in this special community by subscribing to the Glen Gathering Newsletter, which gives info on the upcoming Gathering, and afterwards shares stories and links to lots and lots of photos taken by attendees.  The Glen Gathering Newsletter comes out approximately three times a year, your e-mail address is never shared with others, and the subscription is free.

Click below to get our free Glen Gathering Newsletter

I enjoy handling my own Glens in the show ring, and finished several ARBA Champions from the early days when rare breed organizations were our only venue. In 1997 our bred-by-exhibitor ARBA and CRS CH Liberty Belle became the FCI World Champion Bitch in Glen of Imaal Terriers, as well as a FCI International and Puerto Rican Champion.

In the six following years, at least nine Liberty-bred Glens earned AKC titles, including eight conformation Champions and one Agility dog with two titles.  At least two Liberty Glens have been certified as Therapy dogs.  In 2010, based on my breeding record and my dedication to healthy Glens, I became one of the first AKC Breeders of Merit in Glen of Imaal Terriers.

Also in 2010, after more than a decade of persistent work towards helping find the mutant crd3 gene that caused PRA in our breed, I was named a Life Member of the national AKC breed club, the Glen of Imaal Terrier Club of America,  for my "dedication, unflinching honesty and personal sacrifice in the service of our beloved breed.

My profile of Glens published in the Feb/March 2010 issue of the Canadian dog magazine "Canine Review" was praised by AKC judge Sandra Goose Allen as one of the best breed articles she has ever read.

My steadfast goal in breeding Glens is to maintain the original integrity of this unique breed, and to the best of my ability to preserve its genetic diversity, so that new owners can continue to experience the joys of knowing and loving Glen of Imaal Terriers. 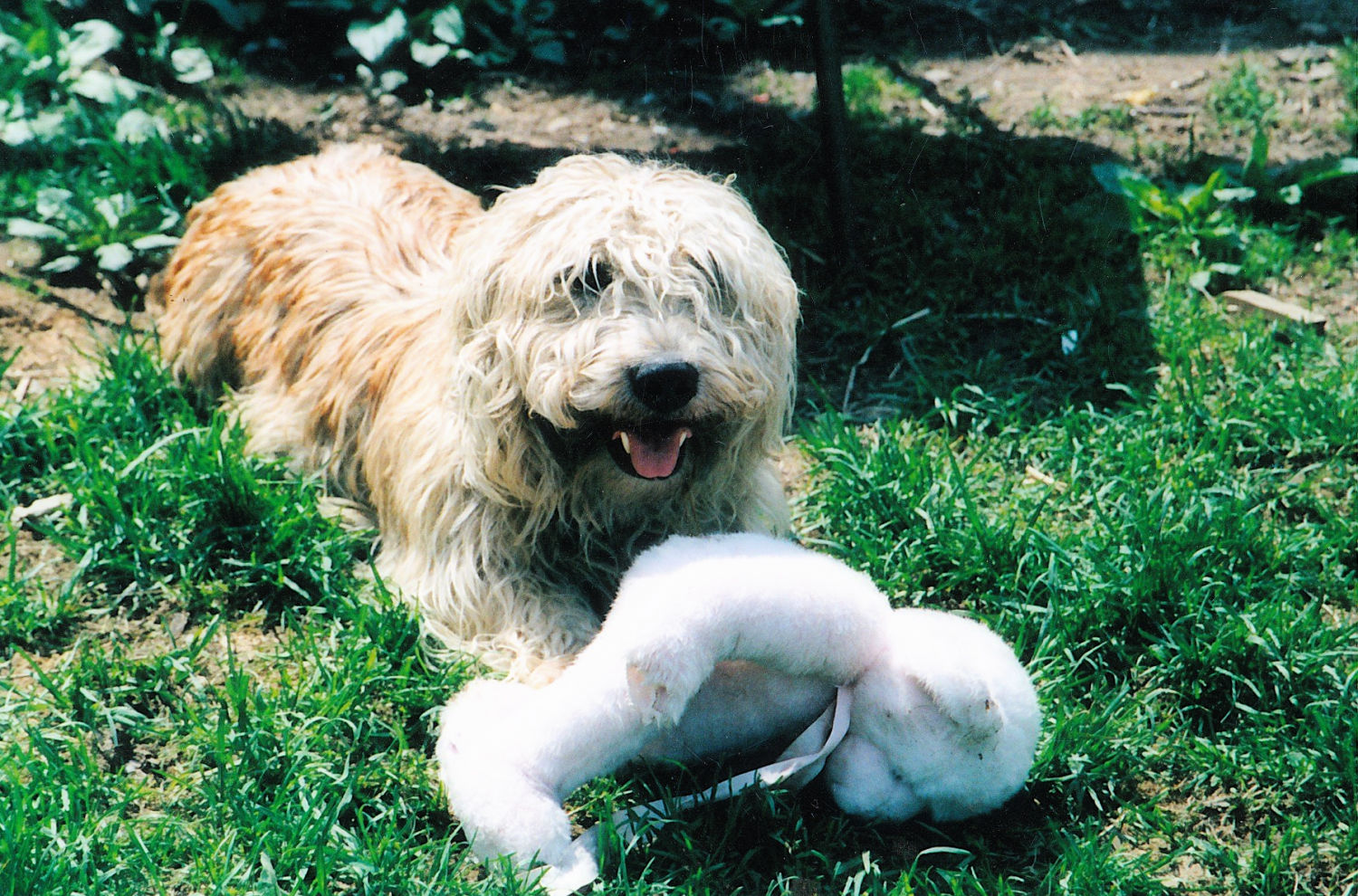